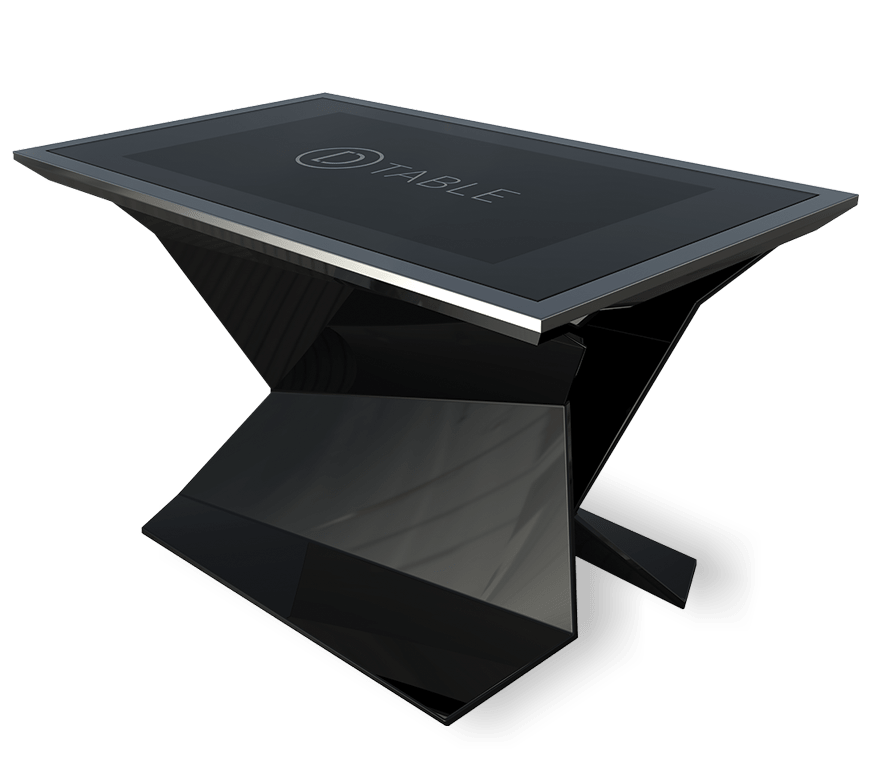 D-Monster represents the complete evolution of a vision towards an extreme design. Remind a fantasy, like a monster of technology emerging from the ground with ultramodern shapes. The bold, aggressive, and characteristic design perfectly combined with high quality steel materials and completely handmade by Italian craftsmen.
The constant characteristics that makeup all the D-Table collections are craftsmanship and therefore, obviously, the "Made in Italy" factor. Cutting-edge technology and innovative Italian design come together in a unique piece of furniture with a futuristic character. The surface of the table's multitouch display boasts the latest technology at your fingertips thanks to the 100-touch multitouch film that allows multiple people to perform different activities. D-Monster is a unique and exciting touchscreen experience, contemporary and dynamic like today's lifestyle. The D-Monster, like the other multitouch tables in the D-Table range, is available and in a very wide range of colors, but can be customized according to personal needs with the possibility of adding logo applications and particular details that identify the soul of a brand or the characteristic of a style elaborated by interior design and which approach the exclusive taste of the customer. The standard sizes are 49" while the other sizes such as 65 "and 84" are available only on customer request and in a very wide range of colors. Made by specialized craftsmen and colored with special glossy and matte paints. Factors that give them the characteristics of Made in Italy. The colors of the entire range of D-Table Multitouch tables are made with special paints and it is the same paint used in world automotive luxury, it meets the highest quality standards and is in line with the production processes necessary to guarantee high resolution combined with flexibility and speed of production. 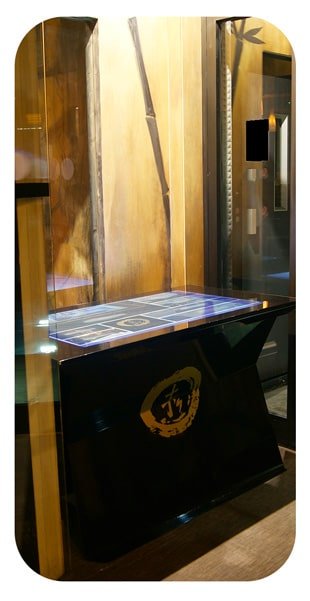 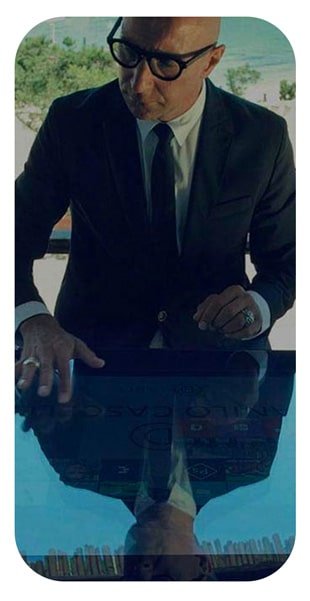 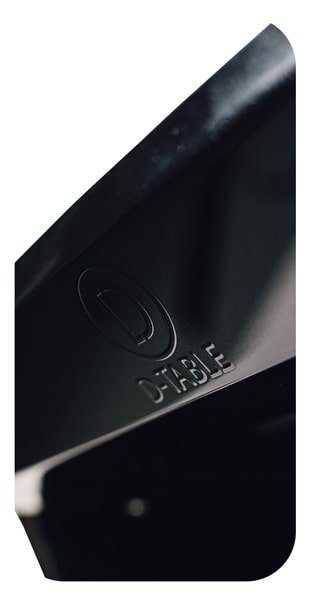 The evolution of a concept is unlimited. An idea instilled in the designer's mind is able to develop in many abstract forms. Like a monster that emerges from the ground, D-Monster is the evolution of the concept of D-Table transformed and shaped in the mind of his designer. Full of energy and strong identity, D-Monster represents the complete evolution of a Vision turned towards extreme design. But the D-Monster is not only this, it is also a very useful object both at home and in the office. Thanks to the multitouch display with 100 points multi-touch, it can be used by several people at the same time; thanks to the installation of free or paid touchscreen software it can be used for all activities ranging from conference calls to home automation. When not needed as a device, it turns off and turns into a design object that can act as a simple table, as a dining table. Customizable in color and size, its wide base lends itself to the possibility of engraving a logo or a coat of arms, as needed. The 55 "and 65" versions are equipped with infrared optical touch technology while the 48 "and 85" versions with capacitive touch technology, following a brief explanation of the differences. The two types of touch most used in the world of Digital Signage, are the Capacitive and the Optical.
The operation of a capacitive touch screen is based on a glass coated on the inner side by conductive layers that, from the moment in which the fingertip occurs (or any conductive object), it senses an alteration of the electric field. This alteration is immediately detected and managed by the management software which assigns the coordinates of the touch. 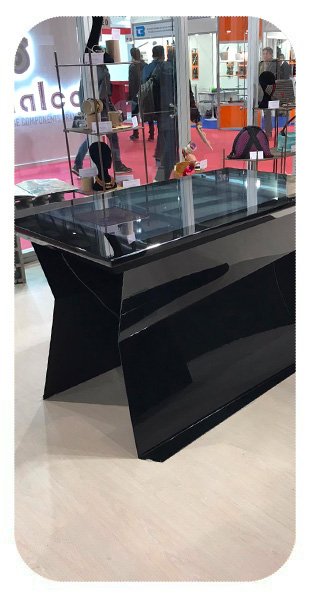 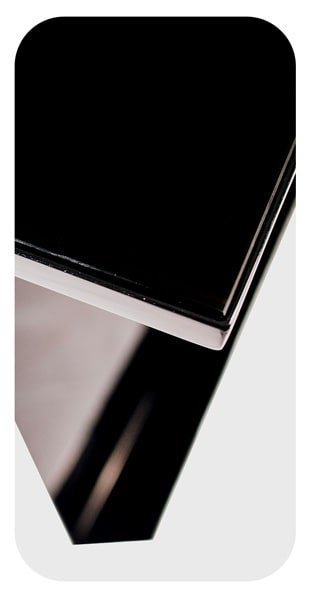 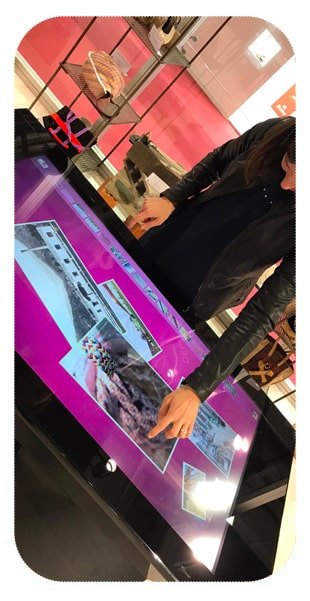 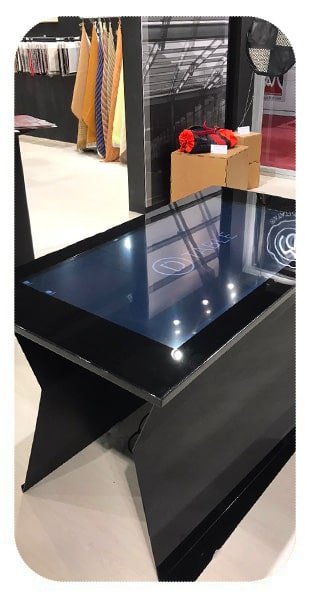 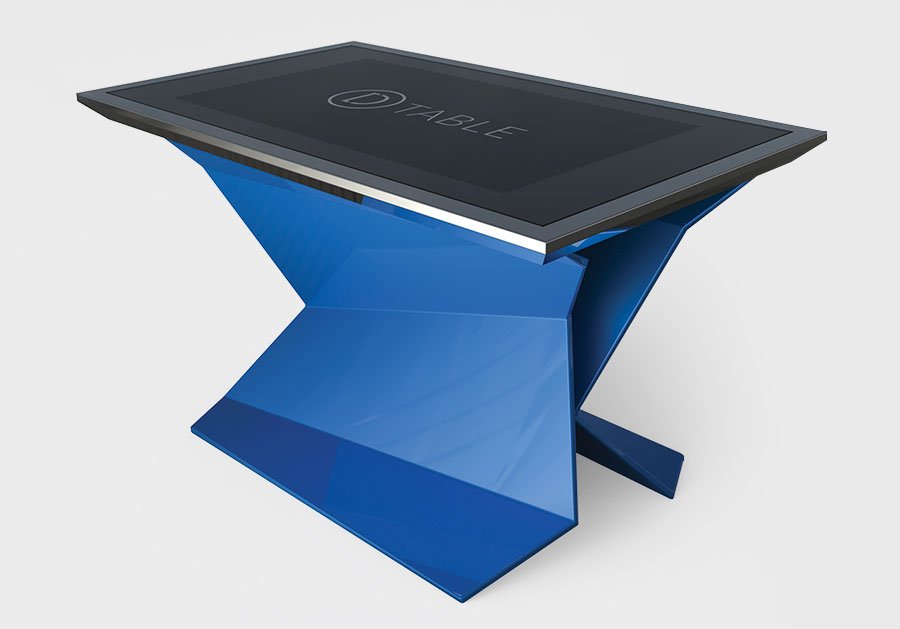 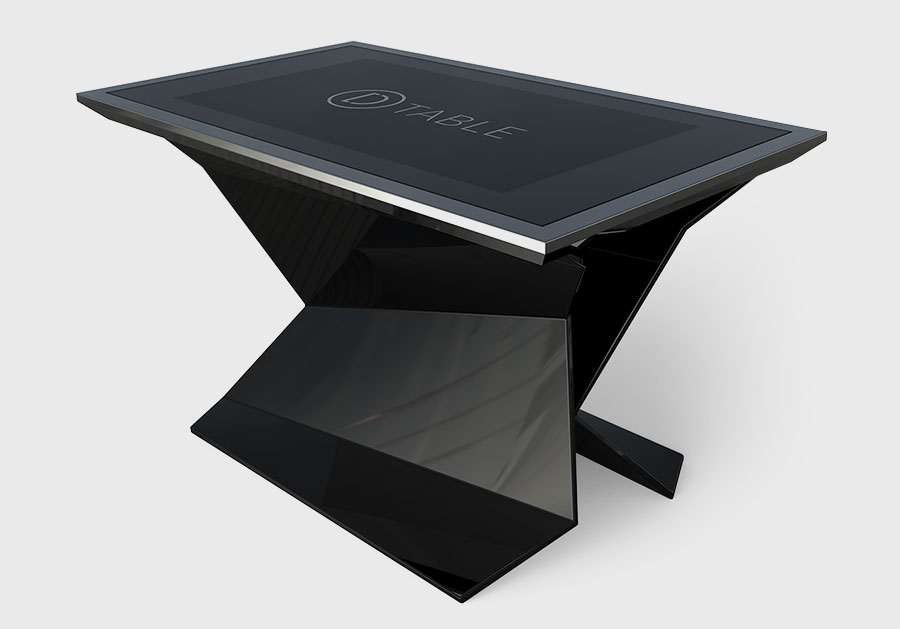 All the Multi Touch Interactive functions available on the D-Table's selections, Luxury (D-Square, D-Cosmo, D-Monster) and Business (D-Young, D-Easy, D-Lounge) collections are implemented using Capacitive Technology. . The touch passes through a normal glass which offers a uniform touch experience over the whole area of ​​the monitor. This optimization results in a more accurate and precise tactile detection, the glass also covers and protects the electronics inside.

Any D-Table products can also be integrated with our Touch Screen Software highly customizable in content according to customer needs. Multitouch Software allows you to design and upload customized content within interactive devices.
The constant characteristics that identify all the D-Table collections created by Danilo Cascella are craftsmanship and therefore, certainly, the "Made in Italy" factor, all multitouch tables are one by one made and assembled by the Italian hands of specialized craftsmen and computer engineers. The interactive functions and the Multitouch application available on all D-Table models, on the D-Kit Multitouch and on the interactive totems D-Point, Indoor and Outdoor are implemented using Capacitive Technology.

Improve the aesthetics and help users with Windows 10 bars.

Unlike optical technology, the multitouch display has no problems with the light changes

Technology is protected inside the table, users interact through the multitouch display.

If the user leans palms or elbows it is not perceived as a nice gentle touch and automatically excluded.

Side bars are easy to use, Windows from version 10 onwards, flat surface.

Please fill this for and we'll get back to you as soon as possible!